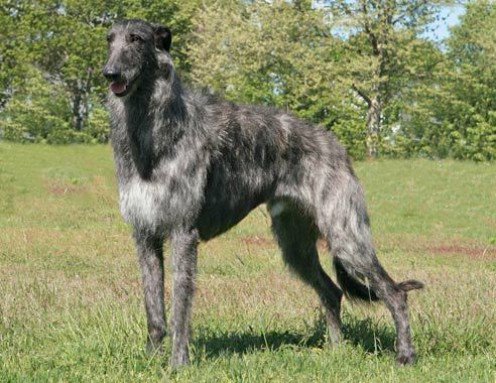 Breed of the Week: Scottish Deerhound

Our featured breed this week is the majestic and always happy Scottish Deerhound. These long-legged dogs have a very quiet nature, they much prefer to avoid any chaos, and watch from a comfy couch instead!

The Scottish Deerhound breed dates back as far as the 13th century. Back then, only people who were Dukes or higher ranking could own this breed. During the 13th century there was a large decline of deer in England, most of them had migrated to the Scottish Highlands resulting in a very high concentration of deer in that area. The Scottish Deerhound breed was developed to help control the population of deer. These dogs are very long and lean, shaped almost to mimic the deer so that they could effectively track down, chase and hunt them. During the 18th century, breech-loading rifles gained popularity, and more and more deer hunters were using guns instead of depending so heavily on the Scottish Deerhound. During World War I, the breed almost became extinct, and they still remain to be recognised as a very rare breed.

The Scottish Deerhound is often described as graceful and undemanding. They are rarely ‘needy’ and generally don’t have many issues with separation anxiety.  An adult Scottish Deerhound is graceful and very fast. Although they can run like nobody’s business, they are also very comfortable and happy to lounge indoors on the couch with you. When they do get outside, make sure it is a very large area they can run around and that it is fully enclosed as reliable recall can sometimes be an issue with this breed. They need daily activity to stretch those legs and get out some energy.

Although very intelligent and a great natural temperament, the Scottish Deerhound can be a bit stubborn to train. They need someone who is very consistent and patient to help communicate what is expected of them. They require a lot of socialization around small animals otherwise they are often likely to chase small, fast moving animals (sometimes including small dogs and cats!).

With their wire-hair coat, they require brushing once or twice a week. They can easily get tangles in their hair after romping in the yard, and easy fix is to rub in some baby oil to help loosen any knots or tangles. They do require hair trimming, but they frequency will depend on each individual dog, typically every 3-6 months.

The Scottish Deerhound is a gentle quiet breed that loves to run fast. Although they may not always come back when called, they make great family pets and generally get along with everyone they meet. This majestic breed makes a wonderful addition to laid back families with lots of open, fenced in space to run around! 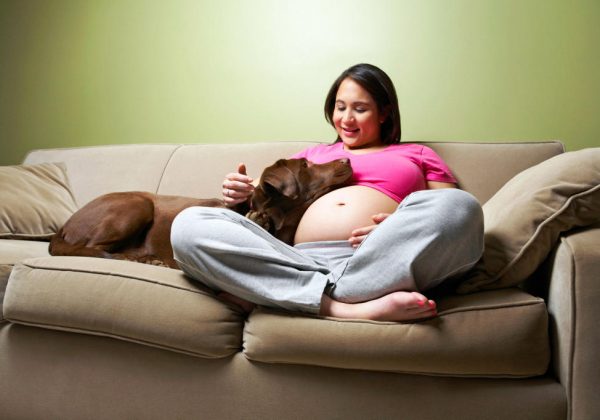 Jan 17, 2017
Most of us have heard of dogs and their ‘supernatural’ seeming abilities to detect changes in nature, the planet, even…
Read More

Mar 21, 2017
This week we are continuing our look at some of the healthiest dog breeds. So far, we’ve looked at the…
Read More